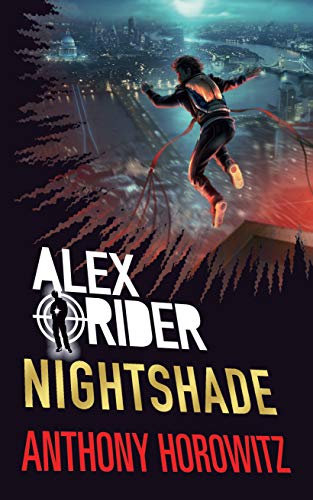 From internationally bestselling author Anthony Horowitz comes the twelfth thrilling installment of the Alex Rider series! Follow the world’s greatest teen spy as he sets off to Gibraltar after the death of Scorpia, and enters into a battle against a new criminal organization: Nightshade.

Following the shocking events of Never Say Die, Alex Rider’s world has changed: his biggest enemy, the evil organization Scorpia, has been destroyed. Alex is hoping his life can finally go back to normal, that he can go to school and spend time with his friends–but very quickly everything changes. A new and dangerous criminal organization–Nightshade–is rising.

When Alex discovers they’ve planned a mysterious attack on London, he will stop at nothing to take them down. But protecting his home city means facing off a ruthless new enemy and putting his life at stake, again. And this time, there’s no one to save him if he makes a mistake.

The #1 New York Times and internationally bestselling Alex Rider series is back with a vengeance in this edge-of-your-seat adventure. Perfect for fans of James Bond and Jason Bourne!

The Sentence is Death